This is a comprehensive yet relatively concise book about the essential role of neuroimaging in the field of epilepsy. Although its main endeavor is to thoroughly review available and upcoming imaging biomarkers of epileptogenesis, it does so in an accessible manner, which is fitting for a varied audience. People with a background in neuroscience, imaging research, or clinicians dealing with epilepsy may benefit from the information covered and the references included at the end of each chapter.

According to the book, the purpose is to be translational and provide physicians and researchers information to integrate imaging biomarkers in the development and progression of epilepsy. This is a highly worthy objective given the explosion of information on functional, structural, and imaging modalities of the brain. This book meets the objectives set out by the authors. It is divided into sections focusing on imaging early stage disease, modeling lesions and networks, treatment response to therapeutic options, and imaging consequences of longstanding disease. This is a necessary and overdue reference book in the fields of neuroimaging and epilepsy, highlighting useful translational research knowledge and future applications. As more advanced non-invasive imaging techniques arise, knowledge about these and their applications will be crucial in research and clinical practice.

This book is written for clinicians and researchers, including epilepsy specialists, neuroradiologists, imaging research staff, neuroscientists, and trainees in these fields with an interest in epilepsy. The book meets the needs of its intended audience, primarily as a comprehensive textbook and reference guide to all the knowledge of neuroimaging biomarkers to date and those being developed for future applications. The authors of this compendium comprise the leading eminences in their field, based on their credentials, reputations, and prolific numbers of publications on the subject.

This book covers a variety of new imaging techniques for epilepsy. It covers a myriad of imaging modalities ranging from MRI, DTI, and MEG to PET and SPECT. The authors integrate original research with reviews of the literature to support their hypotheses regarding appropriate imaging biomarkers. Epilepsy has few biomarkers compared to other disease states and so a book on biomarkers obtained through imaging is very useful. The best aspects of the book are chapters on network excitability and cognition in the developing brain, biomarkers for febrile status epilepticus and other forms of status epilepticus, and ictal events imaged through SPECT. Some chapters are written from the perspectives of imaging scientists and therefore may be difficult reading for non-imaging clinicians. Some shortcomings include limited coverage of fMRI, magnetoencephalography, multimodality imaging/image coregistration, specific imaging findings in the different focal regional epilepsies, and generalized epilepsies.

This book is of high quality. It is useful to clinicians and researchers and analyzes a host of functional and structural imaging techniques. It covers a variety of established and putative imaging biomarkers. In comparison to MRI in Epilepsy, Urbach (Springer, 2013), it is better written and has higher quality images. It also covers more imaging modalities and specific biomarkers of this complex disease state. There are not many recent quality textbooks currently available besides this one.

A deep-learning algorithm may be a useful tool for identifying focal cortical dysplasia-causing seizures, researchers suggested here at the annual meeting of the American Epilepsy Society.

Cortical dysplasia lesions are subtle findings that are often overlooked on MRI, the study authors pointed out.

The algorithm, developed by researchers at the McGill University Montreal Neurological Institute, had an overall sensitivity of 87 percent in detecting 129 of 148 focal cortical dysplasia lesions with an average of six extra-lesional clusters.

Notably, 76 percent of the lesions, which had been overlooked on routine MRI, were detected by the classifier, and sensitivity was similar in MRI-negative and MRI-positive cases," reported lead author Ravnoor Gill, a PhD student at the Montreal Neurological Institute. "Specificity was 89 percent in healthy controls and 89 percent in temporal lobe epilepsy patients."

"The algorithm was validated in a large number of subjects using data from nine multicenters around the world," with input from 249 individuals, including 148 who had confirmed focal cortical dysplasias, said Andrea Bernasconi, MD, professor of neurology and director of the neuroimaging of epilepsy laboratory at McGill University. "It is the first of its kind as it provides a measure of certainty. Its sensitivity could be, nevertheless, improved with more cases."

"We plan to implement a web-based version of this algorithm so that it can be widely used," Dr. Bernasconi told Neurology Today At the Meetings.

Structural magnetic resonance imaging (MRI) is of fundamental importance to the diagnosis and treatment of epilepsy, particularly when surgery is being considered. Despite previous recommendations and guidelines, practices for the use of MRI are variable worldwide and may not harness the full potential of recent technological advances for the benefit of people with epilepsy.

The International League Against Epilepsy Diagnostic Methods Commission has thus charged the 2013-2017 Neuroimaging Task Force to develop a set of recommendations addressing the following questions:

(1) Who should have an MRI?
(2) What are the minimum requirements for an MRI epilepsy protocol?
(3) How should magnetic resonance (MR) images be evaluated?
(4) How to optimize lesion detection?

These recommendations target clinicians in established epilepsy centers and neurologists in general/district hospitals. They endorse routine structural imaging in new onset generalized and focal epilepsy alike and describe the range of situations when detailed assessment is indicated. The Neuroimaging Task Force identified a set of sequences, with three-dimensional acquisitions at its core, the harmonized neuroimaging of epilepsy structural sequences-HARNESS-MRI protocol. As these sequences are available on most MR scanners, the HARNESS-MRI protocol is generalizable, regardless of the clinical setting and country. The Neuroimaging Task Force also endorses the use of computer-aided image postprocessing methods to provide an objective account of an individual's brain anatomy and pathology. By discussing the breadth and depth of scope of MRI, this report emphasizes the unique role of this noninvasive investigation in the care of people with epilepsy. 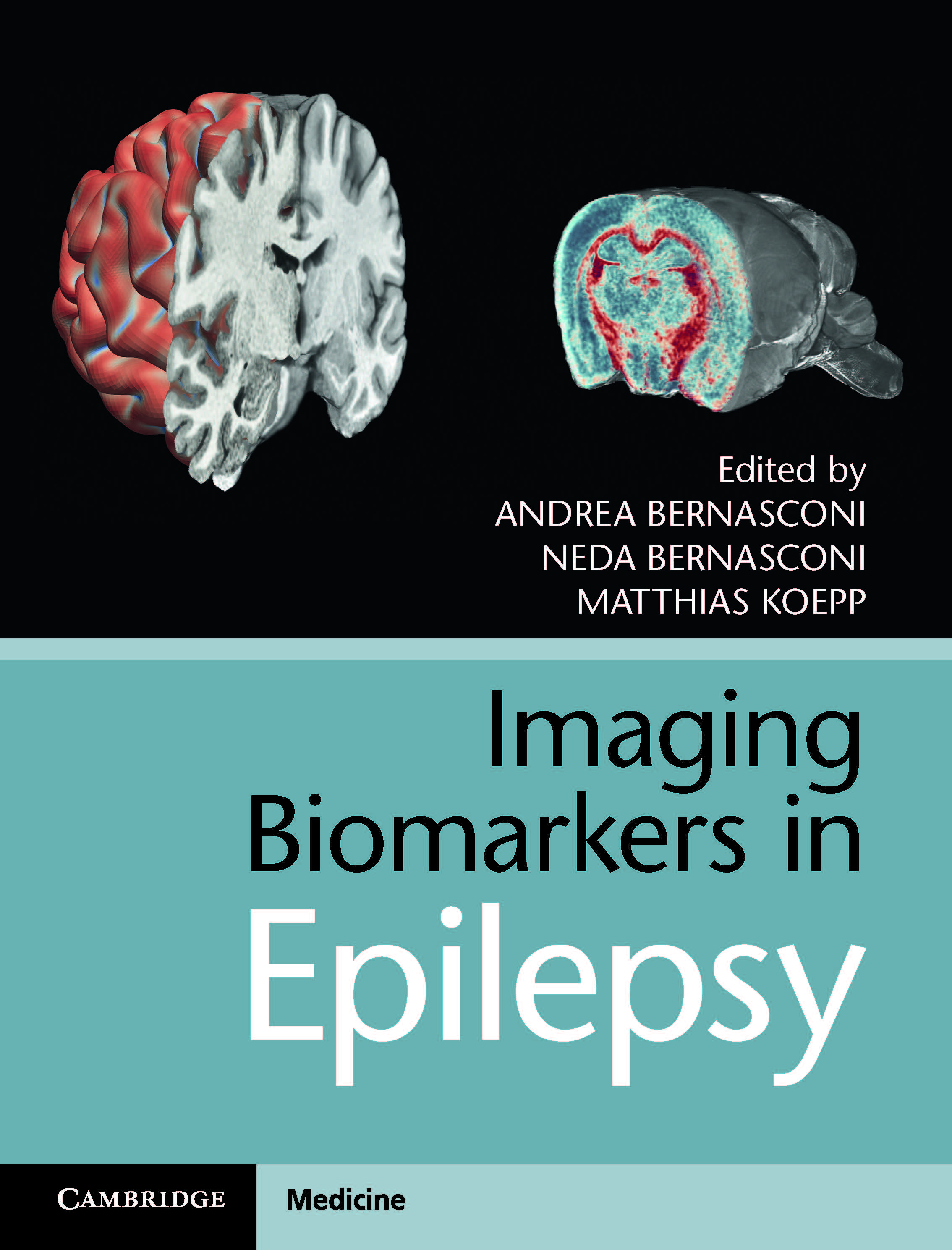 Epilepsy is a prevalent and serious neurological disorder. This vital textbook addresses the role of neuroimaging as a unique tool to provide in vivo biomarkers aimed at further our understanding of causes and consequences of epilepsy in a day-to-day clinical context. Unique in its approach, this translational book presents a critical appraisal of advanced pre-clinical biomarkers that allows capturing epileptogenesis at molecular, cellular, and neuronal system levels. The book is divided into four sections. Part I includes a series of chapters focused on imaging of early disease stages. Part II discusses lesion detection and network analysis methods. Part III focuses on imaging methods used to predict response to antiepileptic drugs and surgery. Finally, Part IV presents imaging techniques used to evaluate disease consequences.

The Task Force sought to improve the employment of MRI’s capabilities in the treatment of epilepsy, which the authors noted "are variable worldwide and may not harness the full potential of recent technological advances for the benefit of people with epilepsy."

The Neuroimaging Task Force from the International League Against Epilepsy (ILAE) Diagnostic Methods Commission has published a new set of recommendations regarding which patients are candidates for structural magnetic resonance imaging (MRI), the minimum prerequisites for an MRI protocol, how MRI should be evaluated, and how lesion detection can be optimized.

The Task Force, which operated from 2013–2017, sought to improve the employment of MRI’s capabilities in the treatment of epilepsy, which the authors noted "are variable worldwide and may not harness the full potential of recent technological advances for the benefit of people with epilepsy."

Led by Andrea Bernasconi, MD, Neuroimaging of Epilepsy Laboratory, McConnell Brain Imaging Centre and Montreal Neurological Institute and Hospital, McGill University, the authors designated that these recommendations are aimed at clinicians who are in established epilepsy centers, as well as neurologists in general and district hospitals.

"By discussing the breadth and depth of scope of MRI, this report emphasizes the unique role of this noninvasive investigation in the care of people with epilepsy," they wrote.

As a whole, this new council is in favor of routine structural imaging in patients with new-onset generalized and focal epilepsy alike, and overall, they detail a spectrum of situations for which a further detailed assessment is warranted. Additionally, they endorse using computer‐aided image postprocessing methods in combination with MRI for an objective account of an individual's brain anatomy and pathology.

The Neuroimaging Task Force wrote that they "identified a set of sequences, with 3‐dimensional acquisitions at its core, the harmonized neuroimaging of epilepsy structural sequences—HARNESS‐MRI protocol. As these sequences are available on most MR scanners, the HARNESS‐MRI protocol is generalizable, regardless of the clinical setting and country."